What Are Ganoderma Mushrooms?

There are approximately 80 species of ganoderma mushrooms found around the world. These fan or hoof-shaped mushrooms are most commonly encountered in tropical regions on both dead and living trees. All of these mushrooms are known for their unique ability to decay and degrade wood. This has made them of interest in industrial applications such as biopulping. The wood-decaying enzymes that these mushrooms release can be harnessed and used on both coniferous wood as well as hardwoods to break down cellulose. Along with potential industrial applications, these mushrooms also have some other unique properties that make them of interest in medicine too. 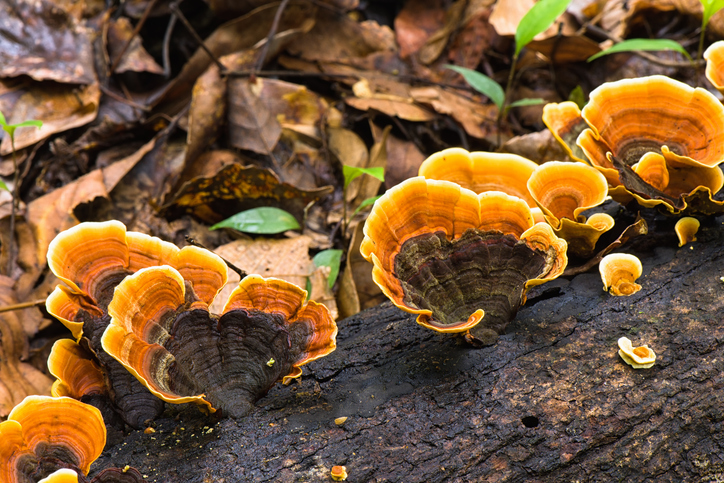 Recently, mushrooms have become very popular in homeopathic and natural medicine. Several species of ganoderma mushrooms have been found to contain numerous bioactive compounds. Some of these compounds include polysaccharides, triterpenoids and proteins. Researchers are currently investigating these mushrooms and their components for major therapeutic effects from anticancer properties and treating diabetes to lowering blood cholesterol and helping with liver disease. Some of the compounds may slow the growth of cancer cells and the mushrooms also seem to help ease the negative side effects associated with chemotherapy such as loss of appetite and hair loss.
The mushrooms may also have antioxidant, antibacterial, antiviral and even antifungal properties. In addition, these mushrooms are showing promise in reducing inflammation, including anaphylaxis in allergic reactions and they may be an alternative to epinephrine. Proponents also claim that some ganoderma species can be used to treat conditions like acne, asthma, fatigue, the common cold, sleep disorders and provide a general immune system boost.

A few species in of ganoderma mushroon history are collectively referred to as reishi mushrooms or lingzhi mushrooms. They have long been a staple of Asian herbal medicine and have been used in Chinese medicine for over 4,000 years to treat everything from arthritis to liver disorders. The mushrooms were thought to both prolong life, contribute to a calm mind and even possibly have some supernatural, spiritual properties. The mushrooms have a very bitter taste and are traditionally prepared as a tea. There are several colors and the red variety has the most appealing flavor. Preparation involves first pulverizing the mushrooms, boiling them in hot water, then allowing the mixture to simmer for several hours and repeating the entire process for higher concentrations of the mushroom extract. Today, reishi can be purchased in convenient capsule form and as a coffee from health food stores.